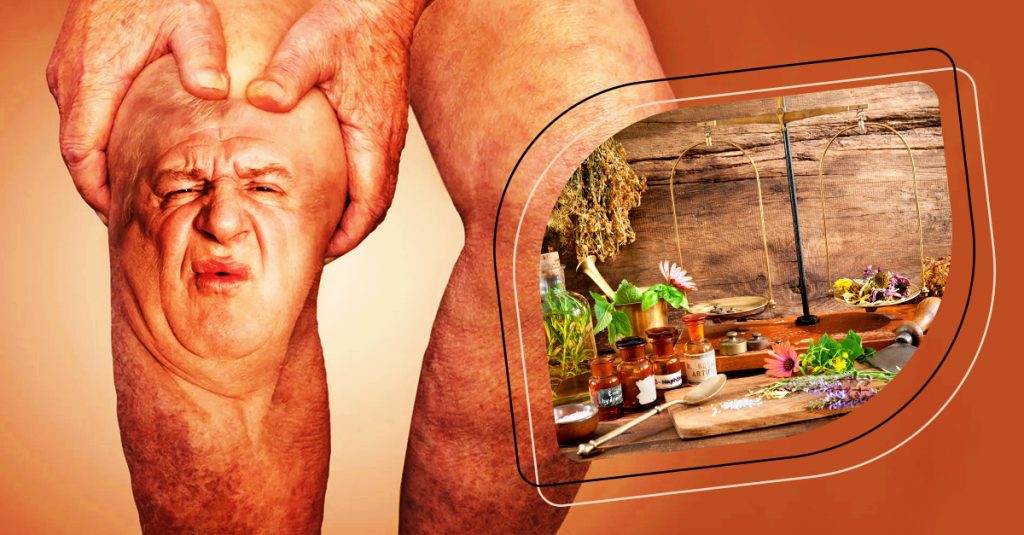 Herbal supplements always catch our attention as they are safe to use and do not have any side effects. Many of these supplements have been used over ages for various disorders, and their uses have been described in Ayurveda.

Knee pain is a chronic problem for many people. It is believed more than 15 crore people suffer from knee pain in India.

The only way to determine is to go through various studies on the action of herbs on knee problems.
Let’s dive in!

What Does Research Say?

Here’s what research has to say:

Action Of Herbs On Knee Pain

Let’s understand the action of a few herbs on the knee and how they may help in reducing knee pain.

Chondroitin is believed to reduce joint pain, decrease inflammation, improve joint function, and reduce the progression of osteoarthritis. It increases the shock-absorption properties of collagen and stops the enzyme that causes the breakdown of cartilage.

On the other hand, glucosamine slows the degeneration of the knee joint. World health organization review of evidence on glucosamine found that it improves the joint’s functionality and relieves knee joint pain. It helps to retain water, reverse the loss of cartilage, and keep joints lubricated.

When taken together, they protect chondrocytes that help maintain cartilage structure, slow deterioration of the cartilage in joints, and decrease knee pain.

Ginger: Ginger has been extensively used in culinary and Ayurveda for centuries. Ginger has anti-inflammatory, antioxidant, and anticancer properties. Hence, it is believed to boost overall immunity.

Depending on your convenience, ginger is available in various supplement forms such as topical cream, capsule, tincture. Concentrated forms and organic ginger usually give the best results.

Turmeric: Curcumin in turmeric has demonstrated high anti-inflammatory activity reducing arthritis, joint pain, stiffness related to arthritis. However, it only makes up three to five percent of turmeric. It is believed it also modifies the immune system. Researchers suggest a daily supplement of 200 to 1000 mg (containing 95% curcuminoids) help to reduce joint pain of arthritis.

Curcuminoids are a group of compounds that contains Curcumin, demethoxycurcumin, bidemethoxycurcumin. Curcumin possesses high antioxidant properties, and free radicals may cause inflammation. High-antioxidant foods combine with free radicals and may help reduce inflammation caused by them. Thus, helping in decreasing the joint pain. It is also assumed that Curcumin may decrease the body’s response to tumor necrosis factor (a chemical produced during the inflammation).

Yes, these medications have been effective in reducing knee pain. It would help if you kept an open mind before using these supplements. However, keep in mind that these are not to be replaced with your daily medications. Lastly, these supplements are not FDA regulated, so they are not approved for knee joint pain, unlike your medications.

You can purchase these supplements as they are readily available. However, it would be best to consult your doctor before using them. There may be a possibility of interaction with other medications that you are taking.
These popular supplements are widely marketed and used by many people for knee joint pain and to reduce the symptoms of arthritis. Despite research and studies showing their efficacy, more research needs to be conducted to establish these supplements’ long-term use and safety.

I am a Medical Copywriter. With a Master’s degree in Medical Science, I enjoy writing about health and fitness. It excites me to provide the audience with simple answers to create a healthier lifestyle. I believe in research, make sense out of it, and put in simple language (Yes, I try to be a Ninja Writer :D ).
PrevPrevious
NextNext
Leave a Reply Cancel reply
Table of Contents
WE ARE ALSO AVAILABLE ON